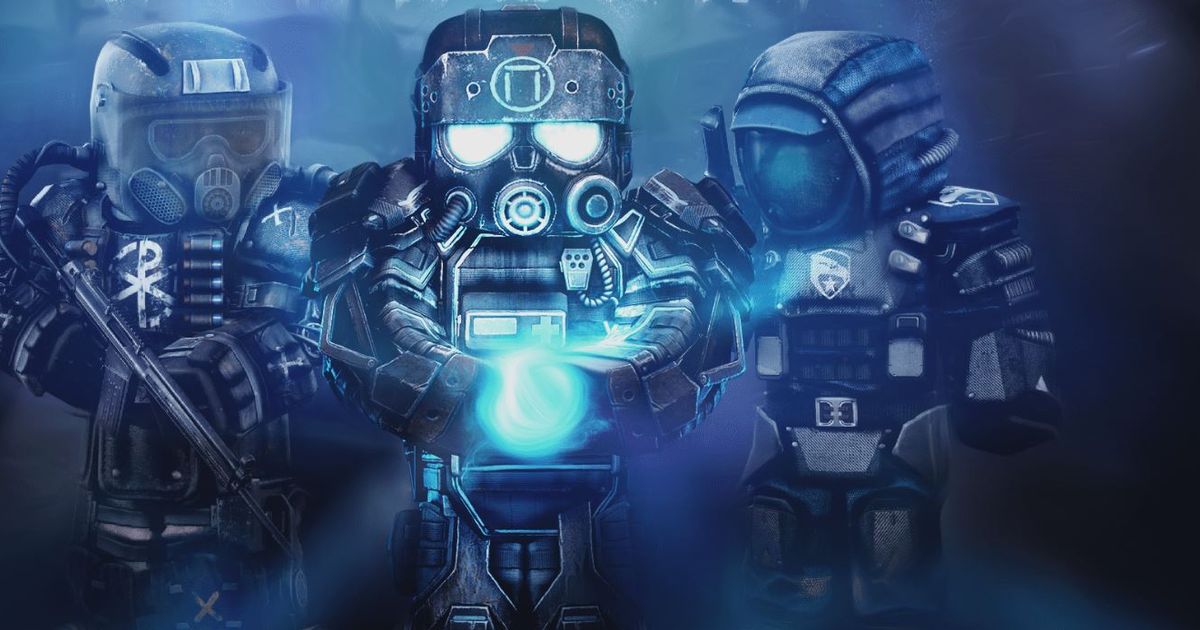 Long awaited sequel Stalker is slowly approaching. The question is what to play before the title comes out? We can refresh our memory and play old parts of Stalker. We can satisfy our collecting cravings with Chernobylite. If you have a VR headset you can fuck your pants in the game within a radius.

However, if you are not picky about graphics, I recommend that you try the multiplayer game Stalcraft.

The title seems to suggest that someone is stuck somewhere between Stalker and Minecraft, and it’s true. He took off seven years ago minecraft mod, which made us feel the atmosphere of Stalker in multiplayer. Some fans liked this mod so much that they started creating a standalone version of it, independent of Minecraft. And it was a really good idea. We don’t mind dice, but being limited to mods isn’t that big of a deal sometimes.

In the Stalcraft game that we’re showing you today, you’ll learn how true fans can capture the soul of a game even in blocky graphics.

I’m not saying that the processing is ugly, but it’s definitely angular and weird. But you still get one of the best post-apocalyptic experiences survival in the vicinity of Chernobyl. Stalcraft was created a few years ago, but was only available to Russian players. Not that you didn’t play it elsewhere, but everything was only in Russian. Until recently, some big fans were able to play the game by pointing at the monitor via their mobile phone using Google Lens and letting it translate tasks and captions for them.

Steelcraft is massive multiplayer game first-person game in which you will try to survive in the Chernobyl region and ensure prosperity and dominance among other players. You don’t have to worry because there will be no all-against-all fights. Or that someone naked will want to stone you from the very beginning of the game. Steelcraft is faction based. Stalkers fight here with Bandits and they also have divided territories on the map. Which of course doesn’t mean you won’t run into an enemy player, but you will be able to skilfully avoid them from the start.

In the beginning, your ward will slowly explain everything to you. Directs you to who to go to for quests, where to look for items to buy and craft, or who will offer you the best prizes for found artifacts in hazardous areas.

Most of the core elements that made Stalker such a memorable game can also be found in Stalcraft. Mutants, danger zones, radiation, anomalies, all this will be waiting for you during the gameplay. The feeling of tension and the need to survive will accompany you at every step. Death isn’t permanent, but when you die, you lose almost everything you’re wearing, with the exception of gear and some items. And almost everything has its price in the game. You will always struggle with a lack of resources, and when you finally manage to collect enough items to upgrade a weapon or backpack, you will truly feel the joy. And the last thing you want is to be ambushed by some greedy Bandit or Stalker and he robbed you. But nothing prevents you from doing this with the enemy faction as well.

Gathering resources and crafting items won’t be the only goals.

The best way to progress is to complete quests and missions that will take you further and further across the map. And release more options. And they are truly blessed.

The missions and stories are very good for a free to play game.

High-quality Russian dubbing and a well-written script will not leave you indifferent. And you can tell with every inch that the name was made by someone with love to the original stalker.

Because great stories and the connections you make with someone, even if they look like a fridge with a face, are memorable. And not only do you have the choice of which side you will play as, but in the stories you have options for how to respond and what to do. And this will then affect your continuation in history. For example, I decided to kill one main character to please one group of soldiers. And this led to the fact that the units serving this group did not attack me. However, the friend did not please the leader of the group, so he made us gather things in the city, and I watched the patrols stand next to me and execute my colleague. After a while it dawned on me why they attack him and ignore me.

Although the setting is gloomy, many places are quite lively. You will encounter many friendly or enemy units, computer controlled, patrolling the camps, or just wandering soldiers. And it looks great when you see other players among them doing missions for them, or opponents trying to destroy the camps.

The arsenal is also well thought out. What determines your qualities in the game, your equipment, namely weapons, suit, backpack, ammo and many other amenities that will help you find materials and survive. This includes, for example, a metal detector or a night vision device. And as I wrote at the beginning, each improvement will please you, because then the shift will be noticeable and you will need a little more time to die. And you will die all the time! So if you want a game that is challenging, don’t complain about death. One colleague from the unit was able to run into a whirlwind 4 times in half an hour and let himself be torn apart. Therefore, it is important to move consciously. And you will find an incredible amount. The map is large, filled with various riches, and you have to make your way everywhere.

Monetization in the game is very nice, in the form of a premium account, which will give you extra space and slightly better loot. This makes the game more convenient, but it is not a price to win. Especially when you can shoot this cute prey from enemies who run with it in places where they have nothing to do.

And what I appreciate the most is the in-game auction where you can buy or sell most of the items you find. And this also applies to the bonus that you can earn while playing. There are many ways to earn in-game currency – completing dynamic missions on the map, hunting and robbing enemy players, searching for raw materials. metal detectorsearching for lost cargo, hunting for artifacts and much more, which even I have not figured out yet.

Stalcraft is a pleasant surprise that I have spent dozens of hours playing and experiencing a lot of nerves, but also pleasure. And every moment I realized more and more that the game was made by someone who thought about the players. hardcore survival games alike for Stalker fans.

See also: Beauties of the Zone on the new screenshots of Stalker 2