“Return to Monkey Island” has a great soundtrack. 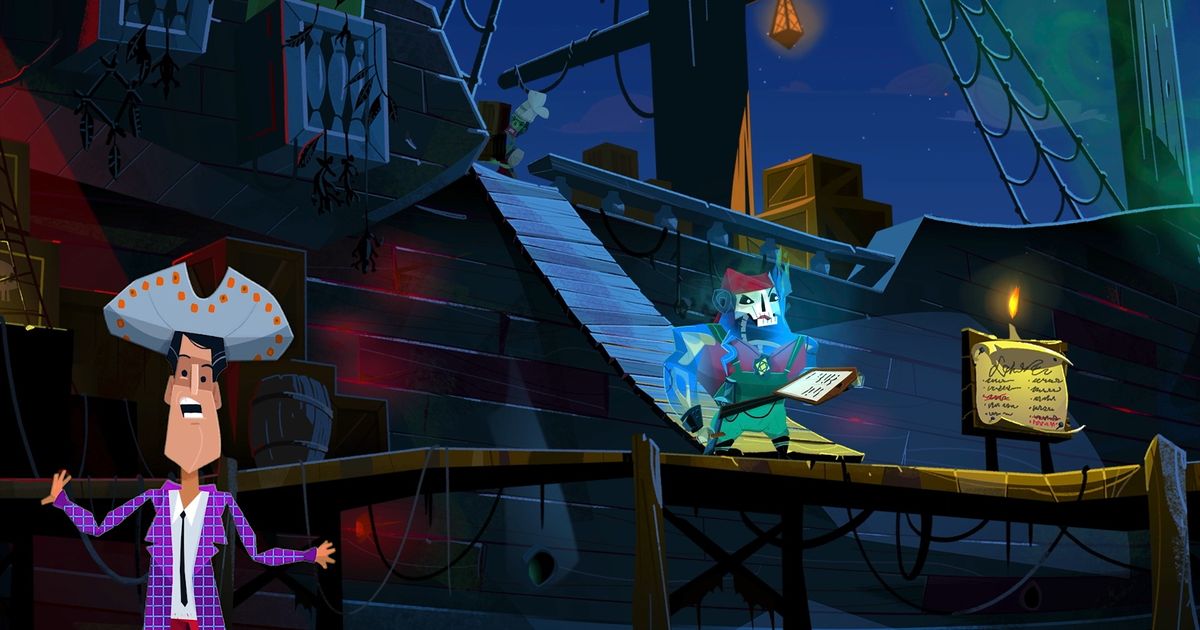 Tomorrow night at the opening of Gamescom we will see something new from the upcoming point-and-click adventure game. Return to Monkey Islandprepared by the father of the series Ron Gilbert with his studio Terrible Toybox (Thimbleweed Park) and published by Devolver Digital. But before that, we have a bunch of content, again related to the Monkey Island Monday event. During it, Gilbert and Dave Grossmanone of the original creators of the Monkey Island series, publishes new material on social networks.

Last time we looked at the iconic waterfront of Mele Island, which we visited back in 1990 in Monkey Island Mystery, as well as the name of the first chapter of the game and the introduction of a new location, Brrr Muda. In previous weeks, it was the return of the pirates who informed protagonist Guybrush Threepwood over 30 years ago while visiting the SCUMM bar on Mele Island about what he needed to do to become a pirate. This time they seem to have nothing better to do than blow the fish.. Well, if they like it…

.@grumpygamer and I am equally committed to promoting interactive storytelling as an art form. But we have our own individual styles when it comes to quick dialogue. Task for #MonkeyIslandMonday this week should see if you can guess who wrote that scene! pic.twitter.com/42PLuk0Y6G

But this game will obviously not skimp on comebacks, and not only because the title has the word “return”. This is also proven by the fact that we meet again with cartographer Wally and LeChuck himself, sworn enemy of Guybrush. Showcasing LeChuck yelling at his fellow pirates and underlings, among other things. a chance to hear his new voice courtesy of Jess Harnell. Veterans of the series are advised to pay attention to the pirate ghost hanging upside down. We believe that he may be familiar to you.

Hi @frenopolis! #MonkeyIslandMonday all hands on deck the team meeting is about to start and you don’t want to be late. You know how he does. pic.twitter.com/P7yf5XVDOL

it #MonkeyIslandMonday! This week @grumpygamer and I’ll give you a little backstory about one of the hardest-working off-camera characters on the show… Wally’s therapist! pic.twitter.com/yPUQSqlSvT

For now, the final preview, which also precedes tomorrow’s Gamescom presentation, demonstration of dynamic music system. As we have known since the release of the game, the composers are responsible for the musical score of the upcoming adventure game. Michael Land, Peter McConnell as well as Clint Bajakian. They are signed under a whole series of classic adventure games from LucasArts, including, of course, previous games from the Monkey Island series. And it seems that this time they got together a soundtrack that should touch the soul of every fan.

The original composers of Monkey Island are back, and the dynamic music system seamlessly switches between instruments to match the atmosphere of the room. #MonkeyIslandMonday

What else, the musical instruments used in each song may change depending on where you are. In the demo, we see Guybrush during his next visit to the SCUMM bar. In the entrance part of the bar, the corresponding composition plays in a style that cannot be called otherwise than a complete classic. But as soon as the main character goes to the far end of the hall to the table of new pirate leaders, the song continues to play, but suddenly chooses a slightly more rough style and instruments. Therefore, we are already curious what form the motive of the merchant Stan can take this time, because he has never disappointed so far.

Return to Monkey Island it will be released by the end of 2022 on PC (Steam) and Nintendo Switch.