Not for Broadcast Gets Creepy DLC 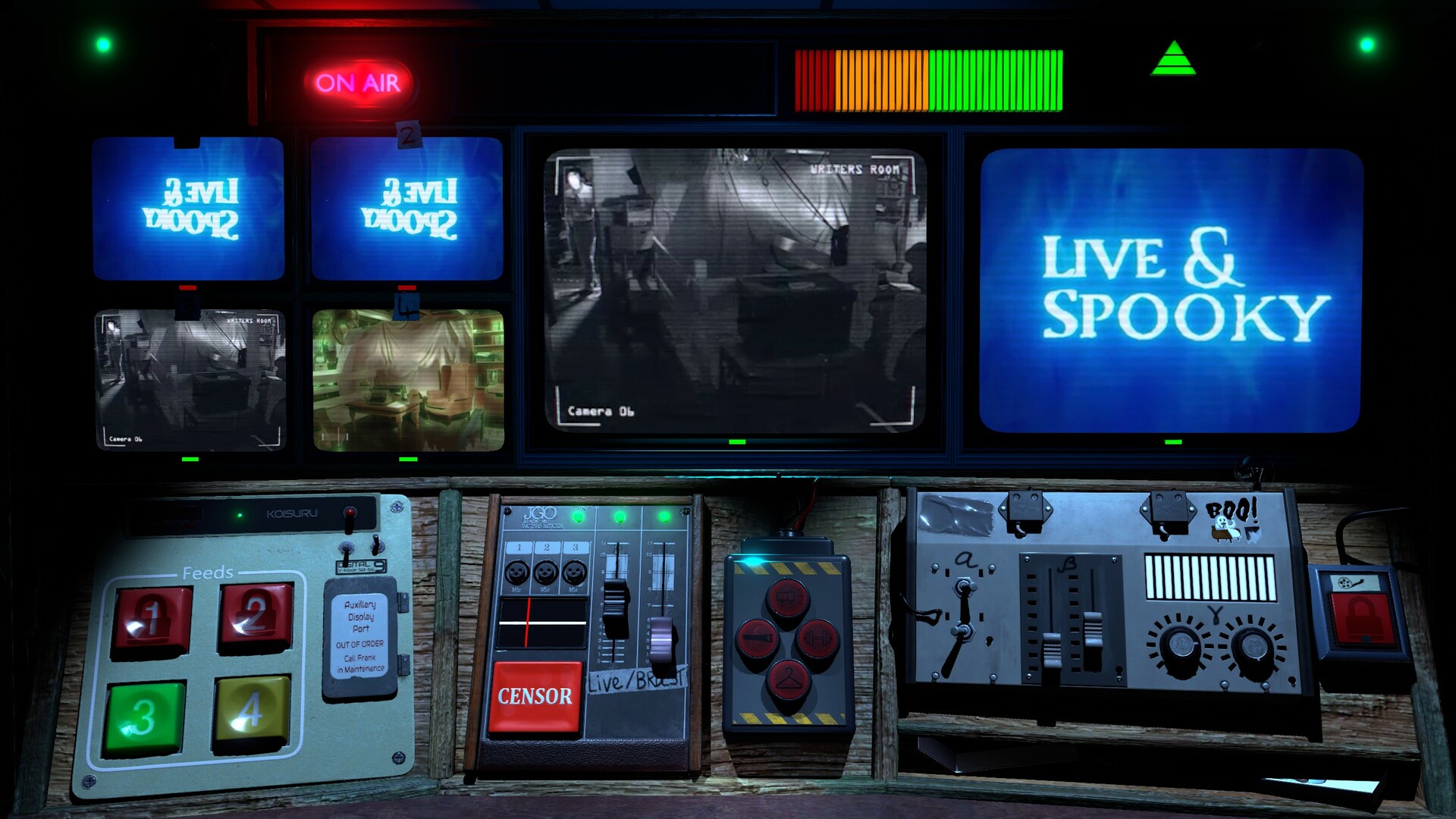 Tomorrow will be exactly one year since the release of FMV Not for Broadcast, in which you take on the role of a television worker who switches cameras, censors inappropriate words, and generally makes sure that the broadcast is of the highest quality. This is a truly unique work, the strength of which lies not only in the original gameplay, but above all in the dark storyline, which at the same time can often be very funny. According to our review, the game received an excellent 9 out of 10 points.

The NotGames developers have been a bit quiet about what they have planned next since release, but have hinted that they may not be done with Not for Broadcast yet. And it’s true, on Tuesday evening they announced an expansion (the writers call it “the first” several times, which may mean there will be more in the future) called Live & Spooky.

The paranormal show of the same name will play a central role in it. This time, the Ghostbusters head to an abandoned film studio where a man mysteriously died many years ago. A new element in this DLC is, for example, a button for special ghostly effects or the ability to choose the direction in which the crew should move next. The developers say that you will not be able to visit all the locations in one playthrough, and also tease several possible endings. Therefore, the replay value should be relatively high.

Arrival Live & Spooky March 23 on PC. We don’t know the price yet, but you can already add the add-on to your wishlist on Steam.

Join Patrick Bannon as you explore Bannon’s abandoned soundstage and uncover the secrets behind his fateful latest broadcast.