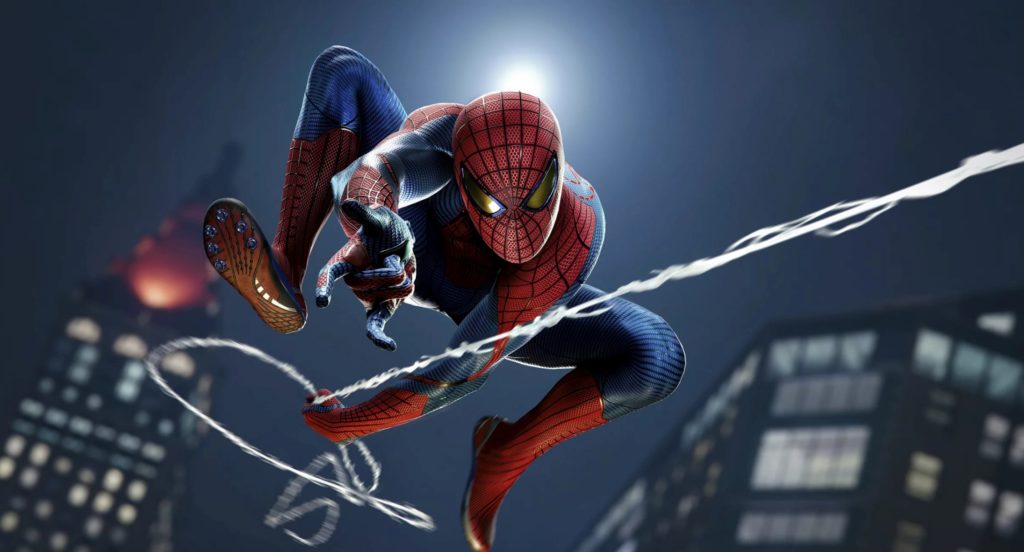 Are you intrigued by our experience with Marvel’s Spider-Man Remastered? So here we have another piece of content for you in the form of a full review, in which we will take a closer look at the individual mechanics of this work, the plot, as well as the technical side.

A hero with ordinary worries

Most of us know Spider-Man primarily as a crime-fighting character. However, this fighter for justice has his own problems, which the popcorn story in Marvel’s Spider-Man Remastered perfectly demonstrates. In this narrative, Peter Parker is a man of the people who tries to hide from the majority what he does when the city is in danger. And, in truth, it has little effect on his normal life, because something is constantly happening on the streets.

Because of this, they never stay too long at parties. His meetings with an ex-girlfriend, as a rule, pass very quickly. Work keeps eluding him, and paying bills on time is not something he excels at. Watching the passage of time with this hero suffering from the usual problems is a pleasure, as it is a tense experience full of tense moments and interesting characters whose fates unfold as the game progresses. And not only them. In this respect, action is also a crime world, the evolution of which is literally inevitable in Marvel’s Spider-Man Remastered thanks to a well-thought-out scenario.

The only downside to the story, in my opinion, is the fact that the dialogue sometimes ends before the characters’ mouths stop moving, which seems a little odd. While the lip-sync element didn’t really appeal to me, the soundtrack itself is a completely immersive experience on PC. At least in my headphones, every event was something truly unforgettable.

The city will completely swallow you

A great soundtrack has been with me literally every step of the way to remastering Marvel’s Spider-Man. His presence increased the intensity of all the moments that I had the opportunity to experience in this gigantic game world. And that there weren’t many. This game is full of activities, so if you don’t get to complete the main storyline, then you can easily do synchronization of communication towers, slightly stereotyped beating criminals in a dozen ways, and a number of other small tasks.

For those who aren’t entirely happy with stopping crime, photographing monuments or finding forgotten backpacks, the game also offers the opportunity to participate in saving the city with the help of ecology. Yes, you read it right. You can also rush around the metropolis in search of sources of toxic waste, smog and other goodies, from which ordinary people suffer more than it is good for health.

Sometimes during the game it happened to me that I didn’t really do anything, but just wandered the streets of the metropolis. He tried to perceive his work and the population, which consistently reacts to the protagonist. Sometimes it was words of gratitude, sometimes criticism. Overall, though, Marvel’s Spider-Man Remastered has greatly increased the believability of the metropolis in a way that might not have seemed as realistic without active people going about their daily lives. Thanks to this, it became great for me not only to drive on heights, but also just to explore the streets and look at mere mortals.

Get ready for the fight

Even if exploring the city is fun on its own, it’s always good to combine it with the tasks and activities previously presented. They give you experience points as well as production tokens which can then be used to upgrade your gear in Marvel’s Spider-Man Remastered. In this way, you can access different web types and upgrades that increase their effectiveness or the number of web shells available. You can even create suits with unique abilities and available slots to increase their combat effectiveness. This form of progression is very well thought out, as are the three development trees of the main character, between which the experience gained is not at all easily distributed.

More or less everything that you get in the process of developing yourself or your equipment can later be used against enemies. The combat system is one of the mainstays of Marvel’s Spider-Man Remastered, despite the lack of customization of individual toys for specific keys. The pace of the fight is insane. You often jump from one enemy to another, trying to use various combos on them, while their comrades are trying to destroy you. More than once I was reminded of Batman: Arkham Knight, who rode a similar wave. Unfortunately, the camera was a little more naughty than the competition, which sometimes resulted in unnecessary deaths during battles.

In addition to the usual enemies that will merge with you over time, a certain boss will appear on the stage of Marvel’s Spider-Man Remastered from time to time. Whether it’s King Pin, Scorpion, Shocker or Mr. Negatives are always a worthy challenge. Sometimes the collision is harder, sometimes easier. However, all are really alive, and therefore also memorable.

The graphical side of games is something I don’t usually put too much emphasis on in the games I review because they’re either not worth talking about or they’re downright ugly. However, I will make an exception for Marvel’s Spider-Man Remastered as this title really deserves it due to its qualities in this regard. Like most things from Sony, it looks brilliant on PC, even at high settings, which is definitely not borderline. However, as is often the case with computers, their main advantage over consoles is the ability to comprehensively customize your experience.

You can view the settings either before starting the game, or after in the classic menu, which is located in their depths. There are really many editing options. The traditional ability to define the quality of shadows, turn on reflections, or increase depth with ambient shading is not missing. If a player cares more about how efficiently the city is rendered than playing with light, even they won’t get into Marvel’s Spider-Man Remastered thanks to the weather quality and detail level controls. It is possible to increase the density of the metropolis itself by increasing the density of crowds and traffic. The fact is that every time you move the scale to the right, the impact of the game on the device automatically increases.

However, for most elements, these are only low performance percentages, but they can add up. For example, if you set the density to maximum and at the same time very high detail, then you can expect images to go well below 60 frames per second. But once you quickly scale down your requirements and clean up the streets a bit by loading up the settings, the overall smoothness goes up. You always need to prioritize correctly.

Personally, I was most pleased with high settings when Marvel’s Spider-Man Remastered ran like clockwork on a machine with an Intel Core i7-4790K, GTX 1080 Ti and 16GB with V-sync enabled. However, I must say that since my GPU didn’t support ray tracing for this game, I probably didn’t use it to its full potential. However, I’m a big fan of stable fps, so I’ll probably turn it off sooner or later in the name of maintaining smoothness, which is my top priority.

One of the symbolic elements of computer games is the keyboard and mouse. I originally played Marvel’s Spider-Man Remastered with this combo. While I’ve always been able to figure it out in other games, here it’s clearly a console game that makes playing without a gamepad quite a chore, whether you’re moving around town, solving one of the many pesky QTEs, or just clearing back alley rubble from bandits. . Always better with a connected controller. Last, as much as I hate to say it, in most situations where you need to keep up the pace by hitting different combinations is a better tool than classic PC gamer gear. That is, with exceptions.

If you’re wondering what could be better with a keyboard and mouse than with a controller in Marvel’s Spider-Man Remastered, it’s definitely playing some minigames. For example, this kind of Substance Analysis is much more fun with a mouse than with a gamepad, because you can quickly identify individual elements and immediately move on to further research. It also makes it easier to solve puzzles of all kinds, so in the end I definitely didn’t just use the console controller, although as I said it was in my hands most of the time.

This trip is worth it

Marvel’s Spider-Man Remastered is one of the seminal works of the gaming industry. Nothing deep, but decent popcorn. For myself, I constantly compared it to the last Batman while playing, and I have to say that the creators of Spider-Man managed to do everything better than their competitors. The only thing that I miss here, as a lover of darker titles, is some dirt and soot, which, however, does not really suit this brand in principle. Undoubtedly, a very strong point of this work is the handling of the city, which always presents the player with something that he can admire in a certain way.

Another of the cornerstones is undoubtedly the combat system, which is masterfully crafted. In addition, the character goes through the development that you can see in her, so that where in the beginning she knocked out a bunch of criminals, in the later stages she just jumps, retracts and after a few seconds she goes on again. The fights just work well. However, they could have had a more tuned camera and I could also present quick events with less intensity because they are quite a distraction for PC players and I don’t really like them on their own.

The above flaws, at least for me, are the only flaws of Marvel’s Spider-Man Remastered. In my opinion, in general, there are no other significant shortcomings. On the other hand. It’s excellent in every other way, it has Czech localization, a lot of content, and on top of that, it has well-thought-out optimization that many creators can’t handle properly. Simply put, a ride not to be missed. Now excuse me, Manhattan is calling again.

The game has been reviewed on: