Hideo Kojima, Brain Structure podcast is a window into his thinking 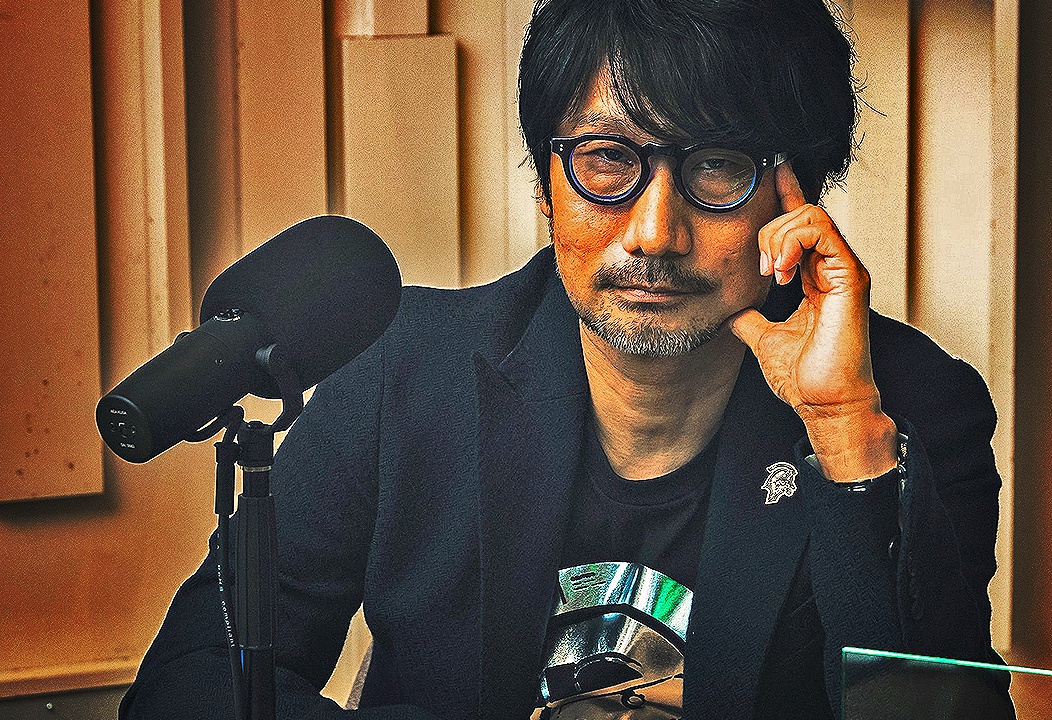 If the video game world ever inducts its Hall of Fame (as in American sports), one of the top five names to be included will be Hideo Kojima. We owe him historical series such as Metal Gear, Boktai and Zone of The Enders, as well as acclaimed games such as Death Stranding. Now, one of the first true video game writers, according to many critics and fans, has decided to tell his story and the genesis of his creative process in a Podcast called Brain Structure.

Every Friday afternoon, a new episode is available in both Japanese and Italian, thanks to a partnership with Spotify, which distributes the podcast worldwide. This is not the first radio adventure of the master, who has been a guest on numerous broadcasts and also signed other podcasts and personal programs. Brain Structure, on the other hand, is the first show to be translated and distributed around the world, not just limited to Japanese territory.

So let’s find out why Hideo Kojima’s podcast Brain Structure is a window into his thinking. and why it might be worth listening to.

To understand why Spotify made such a big investment, it would be enough to look at the past. Kojima’s career As a writer and game designer: discovering how he thinks and what anecdotes inspire his work will help us understand what lies behind his genius. Kojima wanted to write for the cinema, but because he was too young and disconnected, he decided to return to the world of video games. He started working at Konami in 1986 and just a year later released Metal Gear, the grandfather of all stealth games we know. “I never appreciated the lack of context of early shooters – he said in the first episode of Brain Structure – we never knew why A was shooting at B. My family lived in war and there was always a reason why someone was fighting someone else. I didn’t want to just add context to my stories, At the same time, I wanted to give the player the opportunity to not have to fight with drawn weapons. The hero of Metal Gear doesn’t have a gun in the beginning, he just needs to run, There’s a strong message in that”.

In 1998 came its first major international success: Metal Gear Solid, a game that contributed to the explosion of the popularity of the first PlayStation and cemented the Solid Snake figure in the popular imagination. Here his cinematic and emotional style begins to take shape. “With the arrival of the CDs, we were able to put cutscenes with a certain depth into the game,” he says on the podcast, “which allowed me to express myself much better and further develop my characters”. We talk a lot about how it will be in the first episode. technical innovations influenced Kojima’s creative process.

From their story, a certain pride emerges in the design of Boktai, a game released in 2003 for the Gameboy Advance. The protagonist is a vampire hunter who uses sunlight to fire his weapon: “I had the idea to install a sensor on the cartridge that is sunlight sensitive, so if you weren’t playing when you were outside the house, you were very limited in fighting enemies and had to avoid conflicts”.

full second part master’s relationship with cinema, especially everything related to space, aliens and spaceships. The episode makes many references to Death Stranding and the disbelief that the game unleashed on the audience. However, there are also references to Zone of The Enders, a series of video games set in space, with the game focusing on the battle between massive robots. Kojima remained with Konami until 2015, when his personal division within the company, Kojima Productions, became independent.

The first game of the new studio was Death Stranding, which conquered critics and audiences when it was released in 2019. We will surely find out more about this period of his life in the next parts of the podcast.

Structurally, the podcast strange dialogue with artificial intelligence It is called the Brain (brain), which is responsible for acting as a link between Kojima’s creative process and the rest of the world. The purpose of the show, in fact, is to convey to fans how the video game projects of the Japanese master were born. Between interview and talk show, Brain Structure doesn’t stray too far from the structure of a traditional podcast; What is striking is the personality of Kojima, who is not afraid to look honestly at his past. “When I was at Konami, usually nobody wanted to work with me because my projects seemed doomed to fail. But when they saw the game was almost over, everyone changed their minds. The same thing happened with Death Stranding,” he said. end of first episode.

The podcast, for good or bad, follows this pattern: Kojima’s career with his most iconic plays and jokes he should tell himself. To those who wonder why this production, the master thinks to answer: “I grew up listening to the radio and I think it’s the natural evolution of podcasts. Everyone has at least one device to listen to them. Too many. I had radio in my life, but it was always only in Japanese, now the world’s I can reach my fans all over the place,” he says at the beginning of the first episode.

Is it worth following?

Hideo Kojima’s first influence with a title is not forgotten. From fighting to storytelling, everything is so different from what we’re used to that it feels foreign. Like an acquired taste and fine wine, there is much to be happy about when the first hurdle is overcome. Long and revealing cutscenes, entire play segments devoted to exploration, and introverted characters that are slowly opening up to the audience are just some of his distinctive writing qualities. For those wondering what they are the origins of this way of making video games and how his style has evolved over time, he should give this podcast a shot because already in the first two episodes, stories and backgrounds that rarely reach the public have been revealed. Right from the trailer for the show, we can take a look at the master’s true creative process, especially how his ideas were born: “The source of my ideas is my desire to fully live every minute of every day. to have experience and to be shocked as much as possible to allow these moments to develop inside me and then reuse them in my work. The first episode summarizing the week’s news from the gaming world was aired on Friday, September 9, and one episode is aired every Friday.

Hideo Kojima and Spotify have put together a fun and interesting product that is not boring. unique perspective in one of the most influential minds in contemporary video game editing and game design. There are some moments that a typical Western listener might find odd, such as the emphasis on promotions, but those who chew on the Japanese way of doing things might just smile.