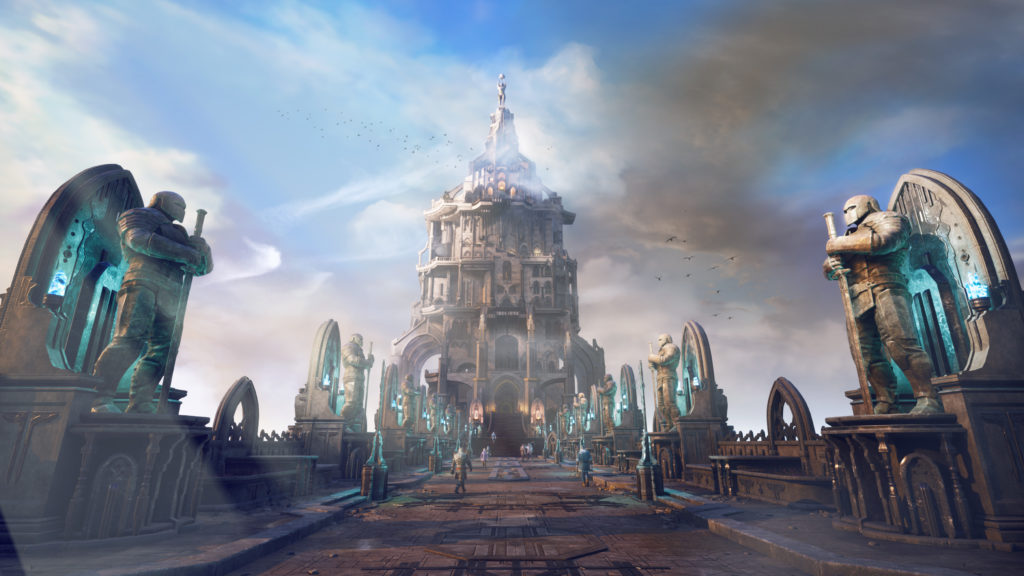 It was originally intended to be a Czech game full of complex combat and soul elements. Gradually, however, The Last Oricru evolved into a story-driven role-playing game, where the focus should be on difficult decisions, establishing relationships, and following one’s own destiny. Waking up from cryosleep, the protagonist is trying to survive, as well as defeat the unknown races and inhabitants of this partly medieval, partly sci-fi world.

At Gamescom in Cologne, together with the “father” of the project, Pavel Jiří Strnad from the GoldKnights studio, we played the game together and discussed how The Last Oricru is trying to break the black and white vision of the world or how many possible endings it has. The game will release on October 13 on PC, PlayStation 5 and Xbox Series X/S.

Before I went to Gamescom, I remembered one of your first trailers. I was wondering how it repeated the possibility of choice. It was very motivating even for the players. Having the fate of the protagonist in their hands. Why did you decide to make this change? It was originally supposed to be a soul-like game.

We have been working on it for a long time. When we started, Dark Souls II had just come out, and doing a Souls book was a good idea. But as time went on, I thought that there were too many souls, and it turned out that, firstly, it was terribly difficult, and secondly, the game would fall into place if nothing new was added. And I wanted to create something original.

I used to hate random numbers in RPGs – I’m supposed to have five to seven damage and I never know how it ends up. I’ve always liked the Souls genre because of how fair it is. I liked such deterministic predestination, when everything depended on my abilities. But I wanted to create something different, new from the very beginning. And I’ve always liked elections. I am convinced that since childhood we are a little “programmed” for absolute good and evil, already in fairy tales.

And in many other ways. Such a black and white vision of the world.

And I think it’s nonsense. This game is designed to show that there is no absolute good or absolute evil. The races in The Last Oric want to survive. But there is also someone behind it all, a third party who profits from their suffering. I’m so glad we brought it to this format. For me, it was not a compromise, but a shift.

Why did you decide to change the genre?

We started with five people and I financed everything myself. I made money and then used the money to pay people. And our game got bigger and bigger. That’s when we attracted the Government (executive producer Vladimir Gershl – approx. ed.). We were looking for something and he helped us a lot. He supported us in creating something interesting. We took this idea and implemented it. This impulse was Vladya.

What’s left of the soulslike genre?

Combat actions. But we tweaked them to make it more dynamic. Because it’s a story game, and it doesn’t work when someone says, “Follow me around the corner.” Then you spend four hours trying to kill someone, and then they say, “Great, you’re here!”

In the beginning, we wanted to make a big, long game, but over time, as a designer, I came to the conclusion that I want to make games that can be finished. And then he should be so excited that he wants to play them again. What can he do if it will offer him something new.

Maybe that’s why The Last Oricru doesn’t have an open world? It’s pretty common in this genre. But the truth is, if the game has already played a hundred hours the first time, I might not want to play it a second time.

This is one problem. Second, when you have an open world, you can’t transform it well. In most open worlds, it works like this: you enter, you have a kind of capsule, you do something, and in this capsule everything changes. You get out of it, but the rest really stays the same. It doesn’t have much impact on the whole world. While our influence is huge, and after the first part, the world can take two completely different forms.

Could you explain to me how this world works? Because at first glance it looks medieval, but it also has elements of science fiction.

I call it medieval science fiction. This is the Middle Ages“medieval”) has a reason that the game will explain to you. Residents of the world of The Last Oricru cannot use things like normal technology. Transistors don’t work. Electricity works, and some things are electric, but they can’t use transistors.

Can I combine elements from these two worlds, medieval or sci-fi? It kind of reminds me of Elex, where I enjoyed running around with a sword on my back, but also shooting with a blaster.

It’s right here. For me, magic is a science in which no one understands how it works. For example, we have sci-fi armor that you get already at level 2 with a pre-order purchase of the game, or you get it from the middle of the game with a regular purchase. But it can be combined with swords and there’s also a blaster that casts spells just like staves in other RPGs. But it doesn’t ruin the game in any way.

When it comes to shaping the world, in other RPGs you can do it with your choices, dialogues, and sometimes other options. For example, by dividing points by intelligence and the like. Will there be something similar?

No, it’s separate. What’s more, this game is built more on what you do than what you say. Which, of course, only goes so far, because without the dialogue, the player wouldn’t know they’ve reached an important place. Therefore, I translated it in such a way that it is clear that at this moment you either do something or you don’t. But if you’re not careful and maybe keep going, you’ll suddenly miss out on some more positive endings. Because at the same time you don’t talk to secondary characters, you don’t listen to them and you just run.

So if I decide to beat the game, I won’t do very well…

Some endings are then completely inaccessible. This is done on purpose so that whoever actually plays the game gets a good ending.

How many endings does The Last Oricru have?

It’s hard to calculate. There is a table where we have seven times thirty. But basically there are three big endings plus others that are influenced by what happened to different characters. But this is more about the variability of the story than its ending.

So, the main thing is the path, not the end?

Sometimes the game, and I don’t want to name one, claims that it depends on the player’s decision, but in the end you just get to the end and they make you an offer. At this point, he must decide whether to go left, straight or right…

We don’t have that, the main game is elsewhere. That’s why it is shorter – so that it can be done at all. And to be fun. Play it for a hundred hours, you won’t want to do it again. For example, you won’t be playing God of War a second time. And this is good, the game is somehow structured, it has a fixed plot. You will experience the emotions that the developers wanted to give you. But I wanted to convey the “emotion of choice”. 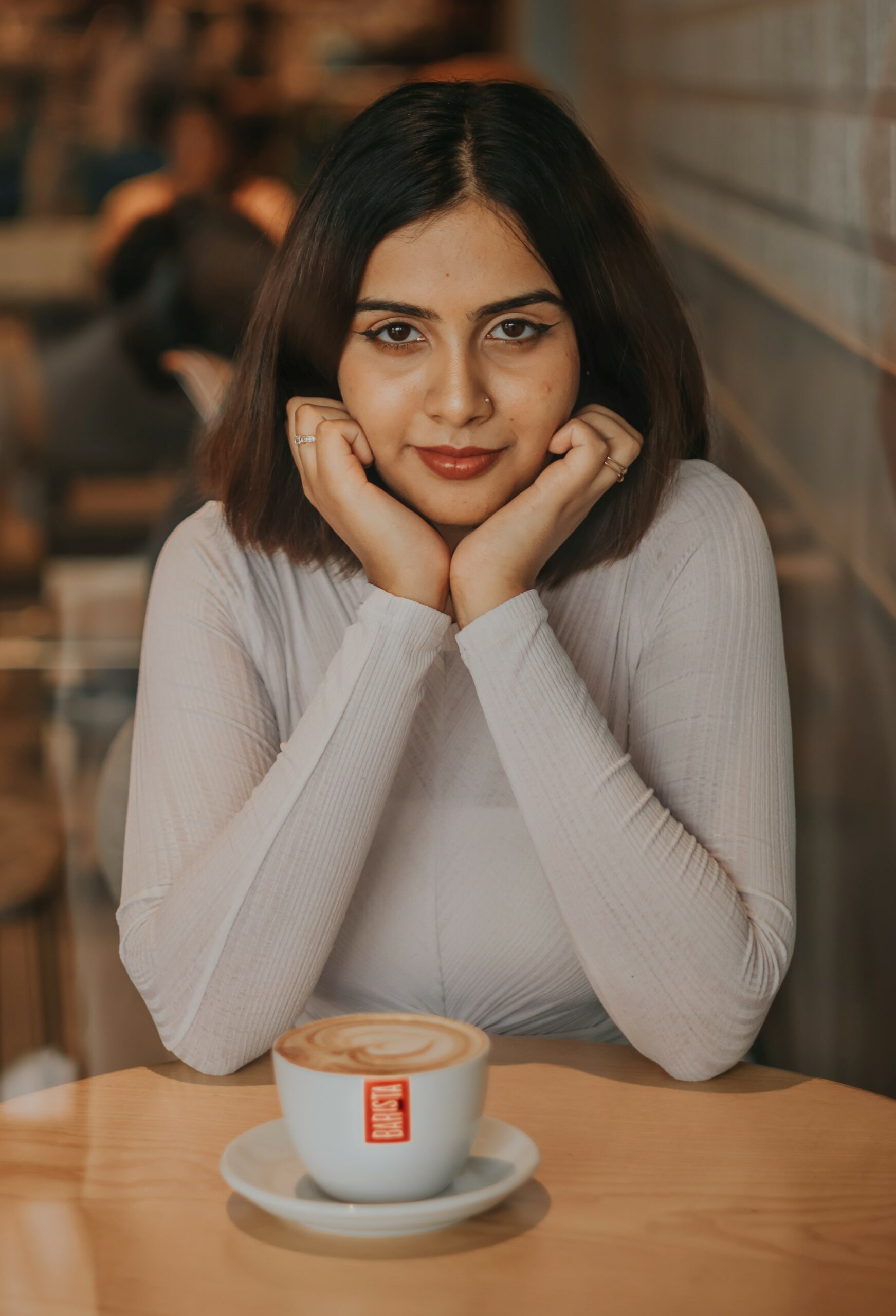