Steelrising Review – The French Revolution is a little different 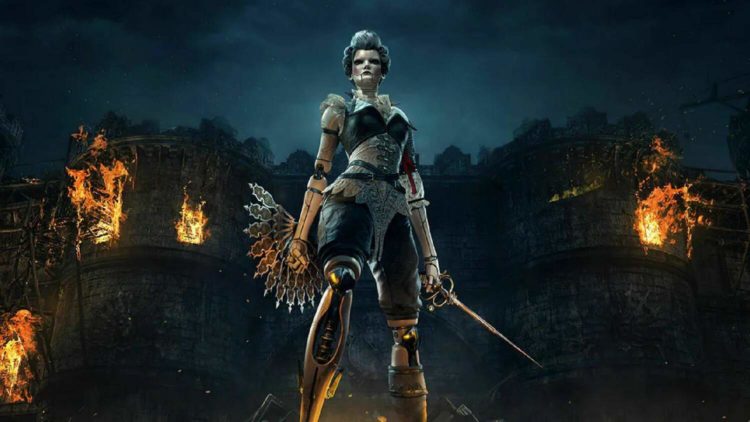 Games from the French studio Spiders basically combine two things. Interesting setting and quite a new idea. Whether we were playing as an orc and a goblin in Orcs & Men, bonding with our inner demon in Firebound, fighting over water in Technomancer, or set out to colonize the island of Tir Fradee in the RPG GreedFall, we are always dealing with a truly unconventional experience. , the quality of which also gradually improved when, for example, I fully enjoyed the last title mentioned.

That is why the creators certainly want to keep this form (if not improve it) in their next project called Steelrising, which definitely continues the trend of fresh ideas, as it offers us a trip to an alternative version of Paris in the 18th century during the French Revolution, when Louis XVI decided to terrorize population with the help of a ruthless automated army. So the plot is definitely interesting. But did you manage to turn it into a fun game?

The Bastille falls. And with it the heads of kings!

As we hinted at in the paragraph above, the local version of Paris is definitely not in a very good situation, where people are afraid to go out into the streets because the mechanical guards patrolling here definitely do not look very friendly. All is not lost, however, and there is still hope in the form of the advanced Aegis automaton, which transforms from dancing gracefully into the personal protection of Marie Antoinette, who instructs her to stop Louis XVI’s madness by any means necessary. Well, we will change into the skin of the mentioned Aegis and go with her on an interesting adventure through a really interesting world. Or interesting. It depends.

The title has a somewhat slower start, where the first 6-7 hours are more like a more extensive tutorial that is fun, but at the same time does not show anything particularly interesting, when even the interaction with other characters is rather poor. However, gradually it will gain momentum, the story will really go, and relatively long and extensive conversations will be on the agenda (they are mostly linear, but here you will find some choice). And it was at this point that I found myself becoming more and more interested in the happenings here. However, I was even more interested in the side missions that you start getting from about the first third, bringing in most cases quite interesting episodic stories regarding the fate of local personnel, often filled with various historical figures (from this point of view, you can remember, for example, Assassin’s Creed) . Some literary masterpiece is still not to be expected, but I have moved from indifference to the stage of interest in the characters here, which I definitely cannot brush aside. You just need to experience the beginning a little.

The first 6-7 hours are more like a more extensive tutorial.

In addition, I also noticed that around this time the personality of the unconventional main character began to develop more (here you can change her appearance in a really very simple editor at the very beginning), who begins to humanize her cold mechanicalness and a little when I enjoyed watching this arch, although some inconsistencies can be found in it.

However, this discrepancy applies not only to the plot, but also to the gameplay itself. If we wanted to put this RPG in a box, the soulslike label would probably fit best. This means that you will walk through the local non-traditional world (the aesthetics are interesting, the processing of individual sets is great, but as far as the visual itself is concerned, you can’t expect miracles, as far as facial expressions are concerned. And lip-sync is just a modern Spider standard), in which you hordes of enemies are waiting for you, which you will try to defeat in not very easy battles. Well, as you eliminate individual enemies, you get an essence from them that can be used to increase the level of your character or weapons with a local analogue of fires in the form of statue chairs, and thus improve statistics according to the chosen game style, or buy various equipment (which is also scattered throughout the world in various ways) that ranges from armor and weapons to various potions and grenades. A sort of classic of the subgenre, enriched with the idea of ​​additional modules that offer additional bonuses and stat adjustments.

The name is kind of lame.

However, the first time you encounter it, you’ll probably think that it’s all a bit awkward, after all, just like working with a camera that can make you angry, or even the movement itself. Do not misunderstand me. For the most part, the individual systems work the way you expect them to, so you have to learn how enemies move, dodge their attacks, or defend, but that just doesn’t give you the smooth, controlled feel you’d expect from a game like this. Which may also be meant to replicate the clunkiness of local machines to some degree, but in terms of gameplay it’s not exactly the same.

But then again, I confess that over time I got used to this clumsiness to some extent (though it was never quite perfect), and I began to enjoy individual weapons more and more, the processing of which is simply magnificent, and their behavior is different and very funny. You can have up to two weapons at once, when I chose sharp fans (often advertised in marketing campaigns) and an additional musket as the main ones, but the combat hours and quick claws sometimes reached the rainbow. The combat itself is then based on simple combos, but to a certain extent you can also fight in the air, while in general the focus here is on a more aggressive approach, which is also the goal of the chilling mechanic when energy/stamina is depleted, which can properly revive the fights.

The weapon work is excellent.

And the light elements of metroidvania over time can also revive it. As you progress through the story, you will gradually gain special abilities with which you will gain access to new places inside the already completed locations, during which the well-mastered level design really stands out, which is not only based on opening various shortcuts, but also on opening various secrets and brand new areas that I really really enjoyed. In addition, I began to like the use of various elements (both on enemies and on myself), which open up additional opportunities in the approach to combat, as well as the immobilization mechanic. In addition to the health indicator, each enemy also has a “balance” indicator, when, when it is filled, it finds itself in an immobilized state, within which it is possible to inflict a critical attack that deals a huge portion of damage. And ultimately it is up to you whether you go down the path of brute force or use only such immobilizations. And even here you can find a very simple offshoot of stealth. Primitive but functional most of the time.

However, this does not mean that things only get better with time. The authors did not quite manage to balance the technique, when some things seemed to me too spectacular, and with their help it is not difficult to break the title. Also, the devs didn’t allocate the resources quite right, so in the second half of the game I got to the point where it lost its difficulty and became a bit monotonously simple and slightly repetitive. You’re just getting too much, too soon. And the weaker array of normal enemies is to some extent to blame (bosses are fine). They start to get significantly reworked relatively after a while, with various new variations constantly coming in (introduced via mini-bosses) which should be a bit more complex, but in terms of movement and appearance they offer quite a bit of variability, giving a somewhat lazy impression. But if you still find it difficult, you can turn on the help mode at the beginning of the game, in which you can adjust various modifiers (damage to enemies, loss of essence, and others) to facilitate your passage. This is definitely a nice bonus for holiday players or newbies, and extras like this are always welcome.

And the situation is not quite ideal even in terms of bugs and glitches. Relatively often, you may experience things like enemy and player getting stuck in textures, broken animations, and bad button press responses. But this never went so far as to significantly spoil the overall impression. I later reviewed the game on a PlayStation 5 when I selected frame rate priority for smoothness, in which the game suffers a little visually, but runs smoothly with two reported exceptions.

So, if you give credit to the projects of this French band, you certainly can’t go wrong with their novelty, as again it boasts a really attractive setting and generally fun souls-like gameplay, which also hides some interesting idea and a plot that is not to be thrown away at all. . You just have to be prepared for the fact that some clumsiness still prevails here, supplemented by a slightly weaker start and an imperfect balance of game content. 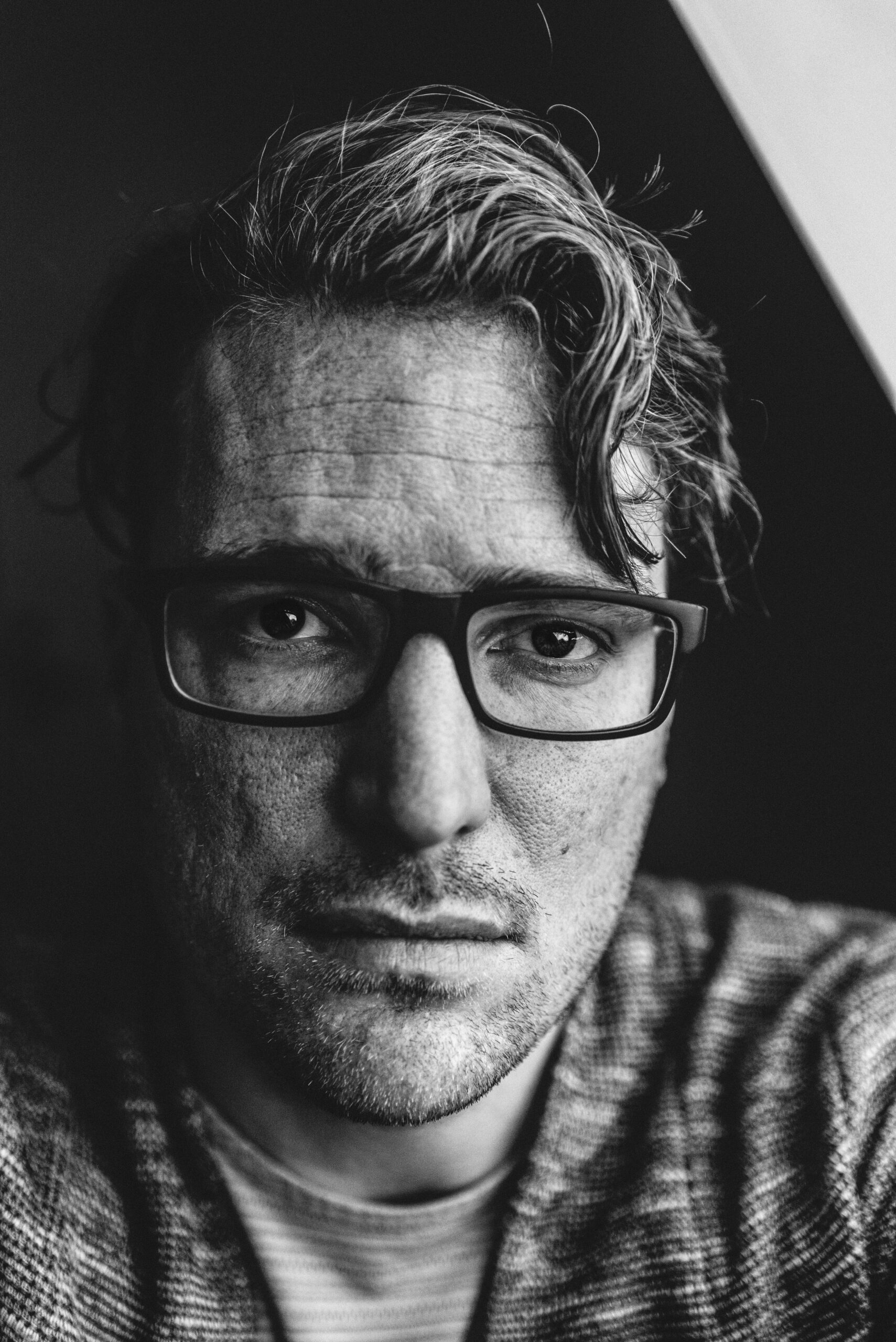